The Long Doctors' Appointment, It is an honor to meet me.

- June 24, 2019
I had a long doctors' appointment today and it did not go well. All of my shit came back shitty. Except some of my blood work was good. So that's good. "I've got that going for me," as they say.

I don't want to get into the details of what went wrong at my appointment or what's going wrong with my health. Instead, let's focus on the toll these long demanding appointments take. I was trying to calculate in my head, how many of these high stakes, invasive appointments have a I endured over my lifetime? I am almost 40. So the minimum I would say is 80. In the time just before and after my transplant, most times I had to go to the doctor at least once a week. So, let's add another, say, 24 appointments there. Right now, I got about once a month, 12 more appointments. During my leave of absence this year, I had 17 appointments over 25 days off. The math goes on and on.

The math is just as exhausting as the appointments are so let's just say I have had hundreds of days like today. And yesterday. The day I prepare for the appointment by timing my meds with an actual buzzer so that the levels will be exactly right, the day when I don't drink alcohol but push a lot of water, and don't eat anything too fatty so my kidney and liver functions will be as normal as can be. The next day I wake up an hour earlier than I need to do a nebulizer treatment so my breathing tests will look as good as they can, I lidocaine up my arm with a patch so the blood work won't hurt too bad, I skip breakfast and morning meds til after they check my levels, and I leave for the hospital hungry, tired and already needing 1/2 an ativan to get out the door.

I have my blood work done and unless it's Lilly, the phlebotomist I like, I get a passive aggressive lecture about how I must have bad veins, transplant patients have had so much work done, cystic fibrosis patients are always dehydrated, they hope they can find a good one. They don't believe me when I tell them I have good veins in my right arm and bad ones in my left from bad phlebotomists like them that tore up my arm trying to get a PICC line in when I was 19 and too naive to kick them out of my hospital room. I haven't gotten a line in my left arm since 1999, but that doesn't stop them from trying. They get their 5-10 tubes of the good stuff from my right arm tap, and I move on to a chest xray.

My chest x-ray goes mostly like yours or anyone else's except there are old notes in my chart about all the superbugs my old lungs had, and all the times my chest has been opened, and the superglue they used to put my lymphatic system back together after they cut it and it gushed into my chest cavity- so I get ushered back quickly with a mask and a gown and the students gather around to look at my film and the radiologist says something like "It's an honor to meet you." Legit. She said that once. Like I am Michelle Obama or the Queen of England.

I am the Princess of Radiology, and it is an honor to meet me.

Thanks for commenting! Your comment will be posted ! (probably)

Popular posts from this blog

- July 22, 2010
I have had so many wonderful visitors this month of July that I have not been doing that many high-quality posts, so many of you wonder what's going on... I'm going to try to give you a top ten list as quick as I can (another guest on the way) to tell you what's going on:

1. I started developing websites for me theatre colleagues and friends. I really enjoy this and wowsers, I'm good at it to.

3. Preparing 2nd printing of UNTO THE EAST.

4, Reading, but not  writing, many poems. Feeling sort of blank.

5. Had 2 dry runs but you know of those- and 2 other "offers" that did not result in even getting a call.

6. Needing new clothes as my ever growing BMI dictates that nothing fits me. As someone who hasn't changed sizes since the year 1997, this has been daunting to me. In a good, but annoying, way. Most of you don't know this about me,…
Read More!

2nd UPDATE TO "About CG the Blog and CG the Person: A special post for the many new readers!"

- May 15, 2010
Time for an even updatier update! As of October 2010 . . . Here is My Story
Thanks for joining the CG Readership! Here are the basics that you should know before reading. This is the very short version of my life before the blog:

I was born in 1980 with Cystic Fibrosis and spent most of my life easily managing my disease in dedicated 2-3 hour increments per day. I maintained a healthy, active lifestyle, and mostly did not notice that my lung capacity was slowly falling away from me. I was following what some clinicians call "the expected rate of decline" in cystic fibrosis, and meanwhile I was fostering a great fear of medical professionals - which helped me ignore my disease when I chose to.

When I moved to New England in 2005, I had about 40% lung capacity. I attended graduate school here and continued to embark on my career as a theatre educator. My CF was very manageable, most of the time. Until about 3 years ago, when I started having massive hemoptysis, or coughing up b…
Read More!

In memory and celebration, Brian Sercus

- April 23, 2012
Brian, I was honored to know you so briefly at such an important time in our lives' journey. You changed me forever and I will never forget you, never stop thinking of you, never forget what you told me.


I am drawn to stay up all night writing a letter to Brian, my friend, my brief friend, who I knew not as well as those who mourn him properly. I am mixed with emotions. I wonder how much of my current emotional state is delayed emotions from the last 18 months that I spent either struggling to live or struggling to prove that I was "living" - and now that I am clearly doing both - many emotions are releasing.


I wonder what is delayed and what is real.

Email Me! I love to receive questions and topic ideas! 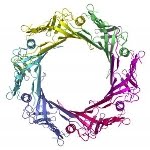 New to CG? Read this first!

Click HERE to Read My Crazy A** CG Disclaimers!